Paris Haute Couture Fashion Week is in full swing, and it's set to highlight the fall-winter 2016-2017 collections of elite fashion houses. As expected, celebrities are as much a part of the show a...

Paris Haute Couture Fashion Week is in full swing, and it's set to highlight the fall-winter 2016-2017 collections of elite fashion houses. As expected, celebrities are as much a part of the show as the clothes on the catwalk.

Singer Céline Dion made her first appearance at the shows this season at Dior, where she stopped to pose by the stairs in black leather pants and a jacket that dealt boughs below the belt. 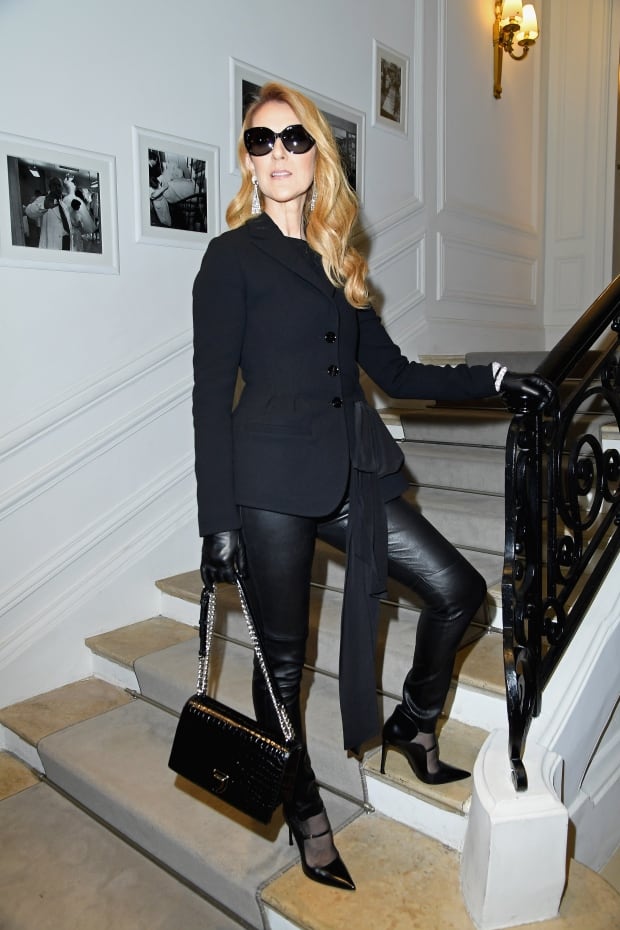 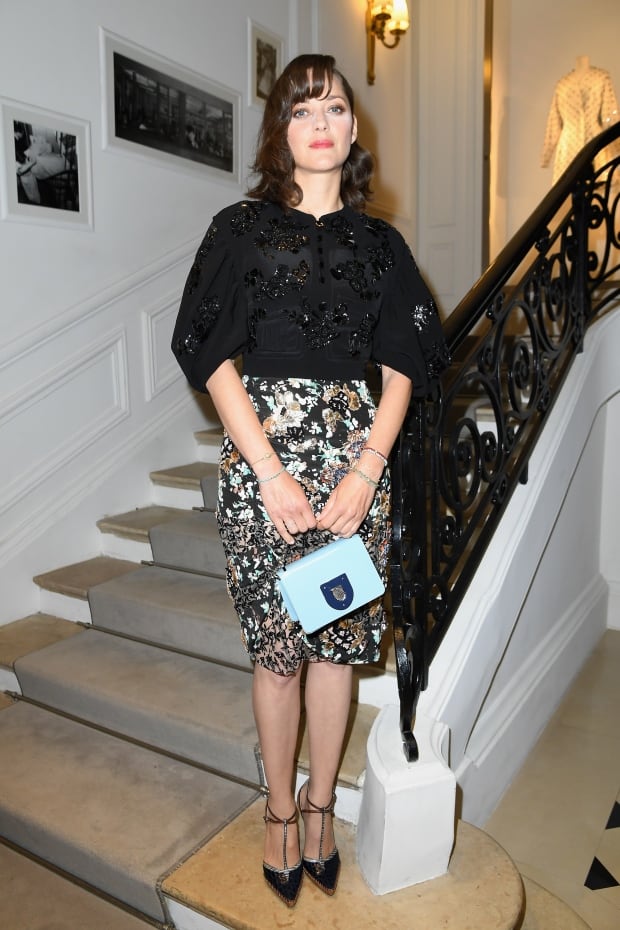 The fashion world continues to find the Hadid sisters on trend. Though Gigi Hadid strutted for almost every major label back in March during Paris Fashion Week, her sister Bella Hadid is the early star of Paris Haute Couture Fashion Week. Today she took to Instagram to beam her cat eyes at Dior.

The clothes themselves hinted at more feline appreciation in the patterning, or perhaps it's simply a tribute to the intricate beadery and appliqué often spotted on couture Dior designs.

Another luxury brand on display earlier Monday was Schiaparelli. The historic fashion house took inspiration from its own Circus collection of 1938, which meant an infusion of rainbow colourways and highly detailed embroidery work. 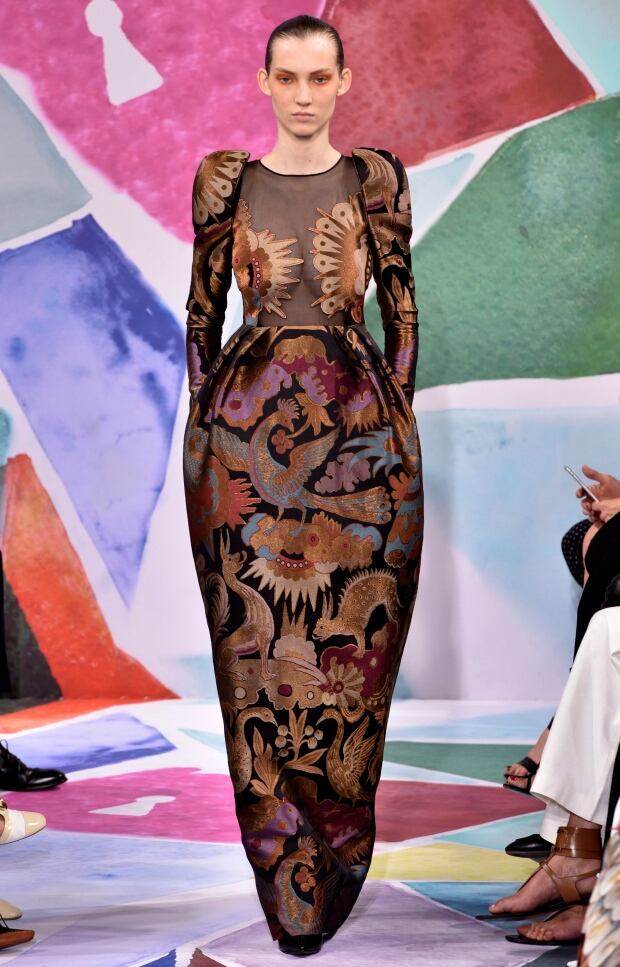 Socialite Olivia Palermo has moved well beyond her previous role on MTV's television show The Hills, to become a regular feature at luxe label fashion shows as well as on street style blogs. 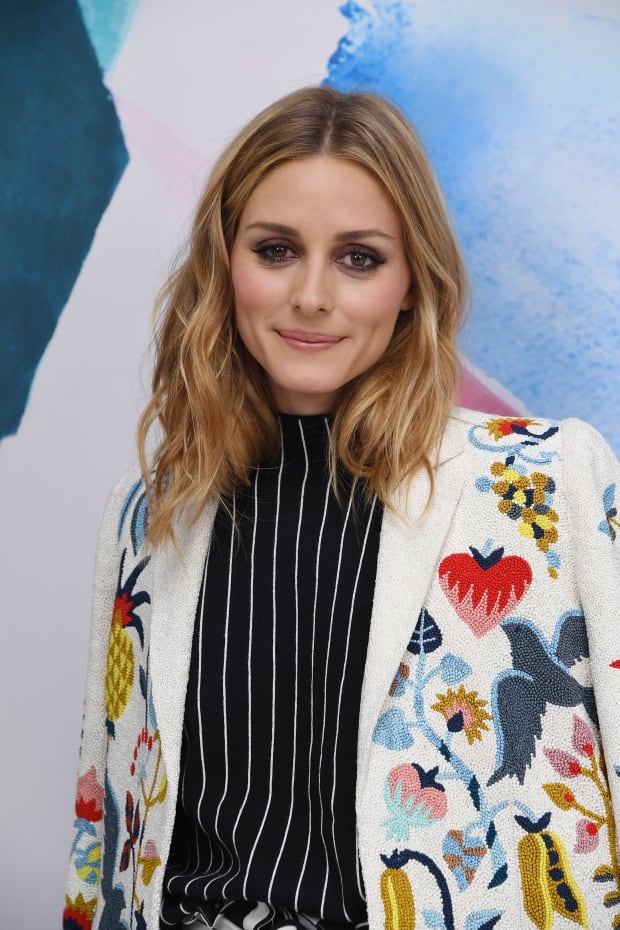 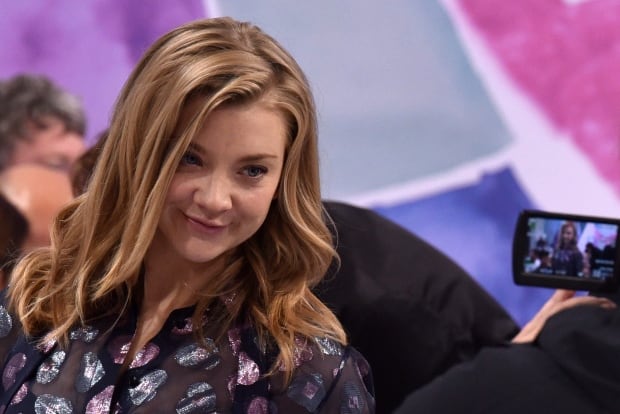 With a bearded Bradley Cooper in tow, Naomi Campbell flashes her legs while Jennifer Garner flashes a smile.

The actress wears an Atelier Versace silk dress from the fall 2016 collection with pale blue detailing and a high slit. 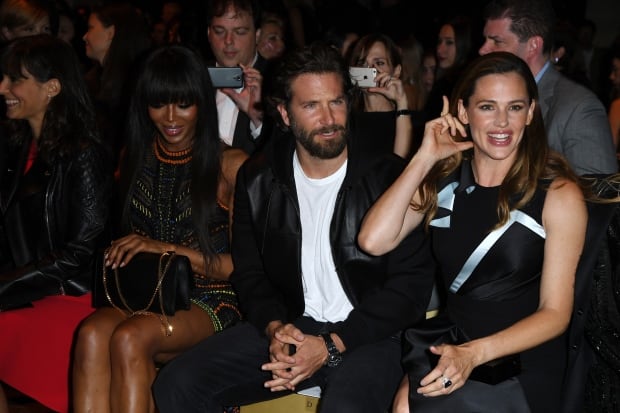 Designer Donatella Versace says she created this collection as an ode to female empowerment.

Oh no you Hadid-n't. Model of the moment Bella Hadid phrases an Instagram post in such a way that suggests casting her is a genius move. Well it just might be, since the star has more than 5.1M followers.

Chanel, Valentino and Giorgio Armani Prive will be among the other luxury labels presenting later this week in Paris. 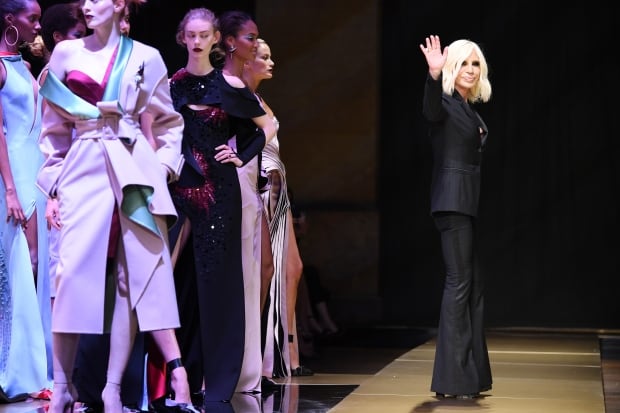 Donatella Versace waves ciao as she walks the runway during the Atelier Versace show on Sunday in Paris. (Pascal Le Segretain/Getty Images)